CISCO* studies show that 52% of customers prefer self-service systems, even more going for stores where the lines aren’t as long.

For many chains, having around three people in line at any given time is the norm. It’s when the number starts to break that threshold for a cash register or some other important location in the store that something needs to be done.

Of course, business owners know what happens next: you open another register, you incentivize your cashiers, and you hook up new bar code scanners.

Getting rid of lines 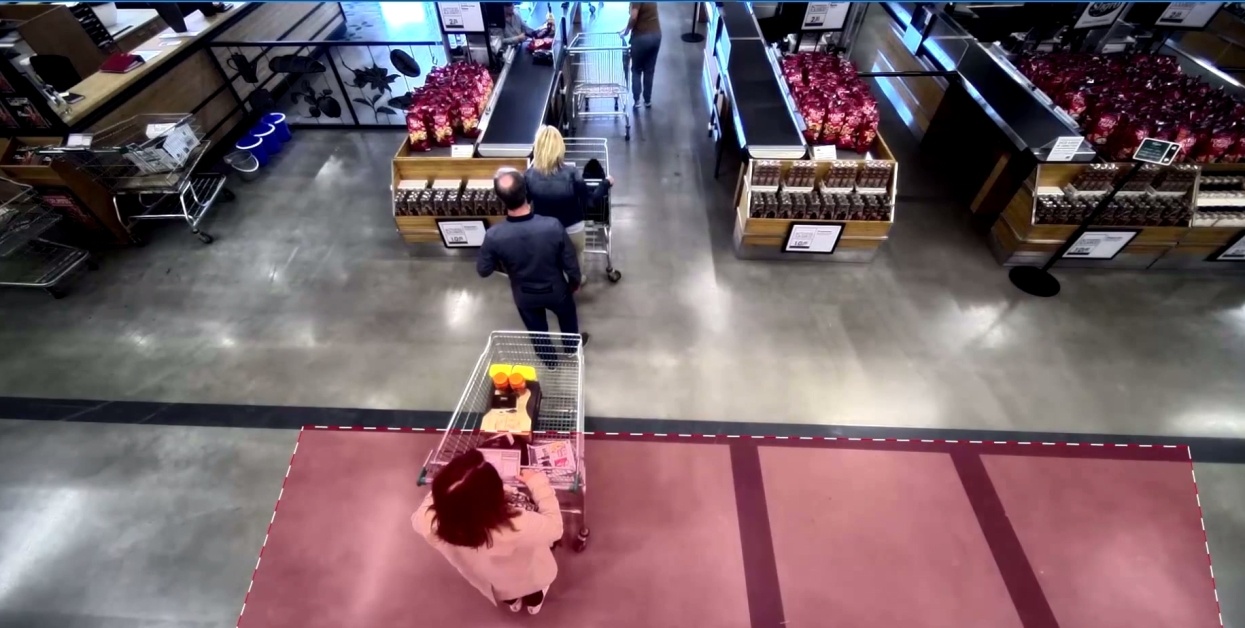 But how do you identify when those long lines are forming? There are four ways:

There are drawbacks to each of those methods. Neither customers nor employees have a good reason to tell you about the problem—it’s easier for customers to just go somewhere else next time, while cashiers can’t do their job and keep an eye on the store at the same time. External sensors tend to perform poorly when the number of people you have really starts to accumulate.

That leaves video surveillance cameras, though they force you to hire someone to sit there and watch the feeds. And even that option doesn’t really work for chains with tens or hundreds of feeds coming in.

So do you turn to cameras featuring video analytics?

There are certainly plenty of companies out there offering similar services. Our queue detector started taking over the retail market this year, only after we took the time to evaluate existing solutions and identify the mistakes they’ve been making.

Here’s the bottom line: video analytics need to be precise, accessible, and understandable (!) no matter how large the business.

Saved by cavalry in the clouds

Going beyond accuracy (are there three people in line or 33?) to build a user-friendly solution is critical. The user has to be able to gather and analyze data, all without getting bogged down in the details.

Ivideon is no longer just a video surveillance and security system; it’s a tool owners and managers of businesses large and small (stores, banks, restaurants, cafes, and any other sales points) can leverage to analyze company processes. How often do lines form? How many people walk through the front door every day? How many decide against stopping in? What’s the average receipt? What are people buying? How are they buying it?

The Ivideon queue detector was built using the reviews customers left for existing solutions. After pulling together all the benefits and disadvantages we could find, we developed a service that hits that happy medium:

Keeping an eye on investments 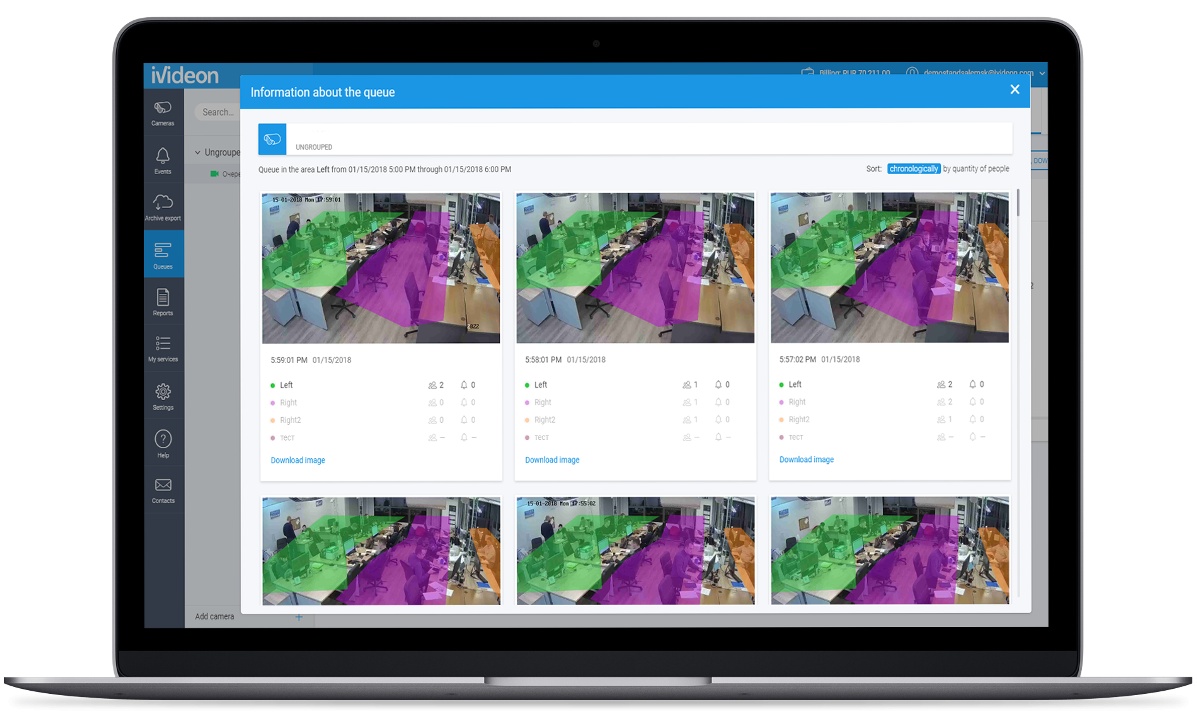 Can lines make you money? Some business owners are of the opinion that there’s nothing wrong with lines—customers tend to make off-the-cuff purchases when they’re standing in them.

But experience shows that even customers who make those purchases tend to go with a store that isn’t as busy in the future.

Inzhenernaya Santekhnika, a plumbing supply store, modified their video surveillance system using our queue detector, resulting in a 7% boost** to revenue. That wouldn’t have happened if customers had just made random purchases and gone back to their normal lines.

The cost of rolling out the video surveillance system, including all necessary hardware, came to around $8000, while upkeep runs the store $470 a month. At that rate, the system will pay for itself in less than a year.

Dodo Pizza is Russia’s largest pizzeria chain. Each new location is outfitted with video surveillance, always including one in the kitchen that provides a live feed of the pizzas being made.

Those cameras help monitor employees at work, keep an eye on the cash registers, and make sure nothing untoward happens in the general customer area. Best of all, Dodo has saved big*** on rolling out motion detectors—they already had cameras set up in their pizzerias. The Ivideon detector can be connected via the cloud without any added hardware.

The solution to the queue problem we came up with starts at just 800 rubles a month. That number includes the cost of a motion detector, a cloud archive, and an online broadcast from the camera (optional). The fact that the solution is housed in the cloud means that you can use absolutely any camera. The only caveat is that you’ll need a computer outfitted with Ivideon Server, a free program, if your camera doesn’t have built-in Ivideon firmware.

Access to the detector interface is available to all users who have added a camera in the Queues section of their Ivideon web application and selected an applicable service plan.

If you have any questions about the detector or Ivideon in general, feel free to send us an email sales@ivideon.com or call us at +7 800 555 42 97.

**According to data provided by «Interlogika»

***The queue detector at Dodo Pizza