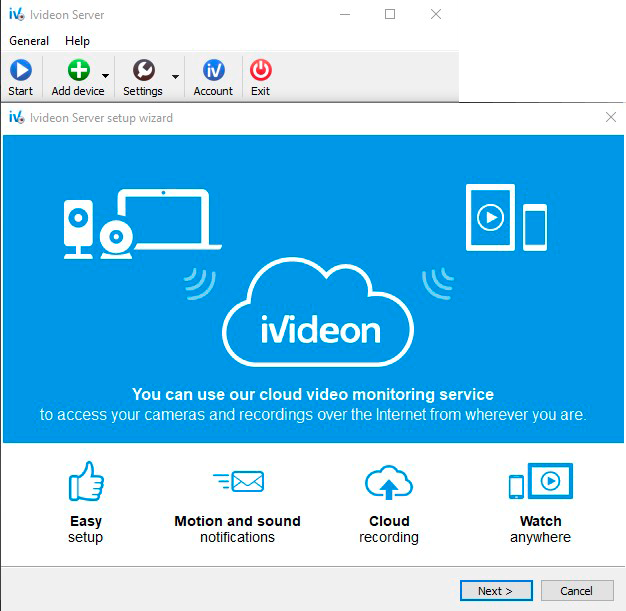 We’ve spent months testing Ivideon Server 3.5.9 (really, with the number of changes we’ve made, we could call it version 4.0.0), and it’s finally ready for release. This version includes full support for IP cameras and DVRs using the ONVIF protocol, which all modern IP cameras, DVRs, and NVRs offer.

Offering ONVIF means that you can connect any cameras or other devices that meet the protocol’s standards to a single system, significantly expanding the range of hardware you can use.

And that isn’t all.

ONVIF, the Open Network Video Interface Forum, was founded by Axis Communications, Bosch Security Systems, and Sony in order to develop and proliferate an open standard for network surveillance systems. They created a standardized protocol that lets different kinds of hardware and software (IP cameras, IP coders, DVRs, access controllers, etc.) interact with each other.

More hardware types, including motion detectors and PTZ cameras, are now supported, and we took care of the issue of supporting individual protocols developed by device manufacturers.

We also reworked the subsystem for recording to a local archive, boosting performance and reliability. That is particularly important for when you want to record from a large number of cameras simultaneously, as you can now have more of them without adding hardware.

Performance has improved, and we added a database that will let us develop new features for upcoming versions of Ivideon Server. Of course, there were a bunch of small technical changes and bug fixes as well.