Ivideon Server can be installed on other Linux distributions, though we don’t guarantee that it will work perfectly.

Please note that Ivideon Server for Linux is intended to be run in a graphical desktop environment. The current version doesn’t support configuration over a LAN yet, though we’ll certainly add this feature in the future—keep an eye out for updates.

The simplest way to install Ivideon Server is to use our installation script:

To install Ivideon on your Linux machine from our open repository, follow these steps: 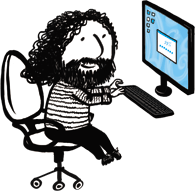